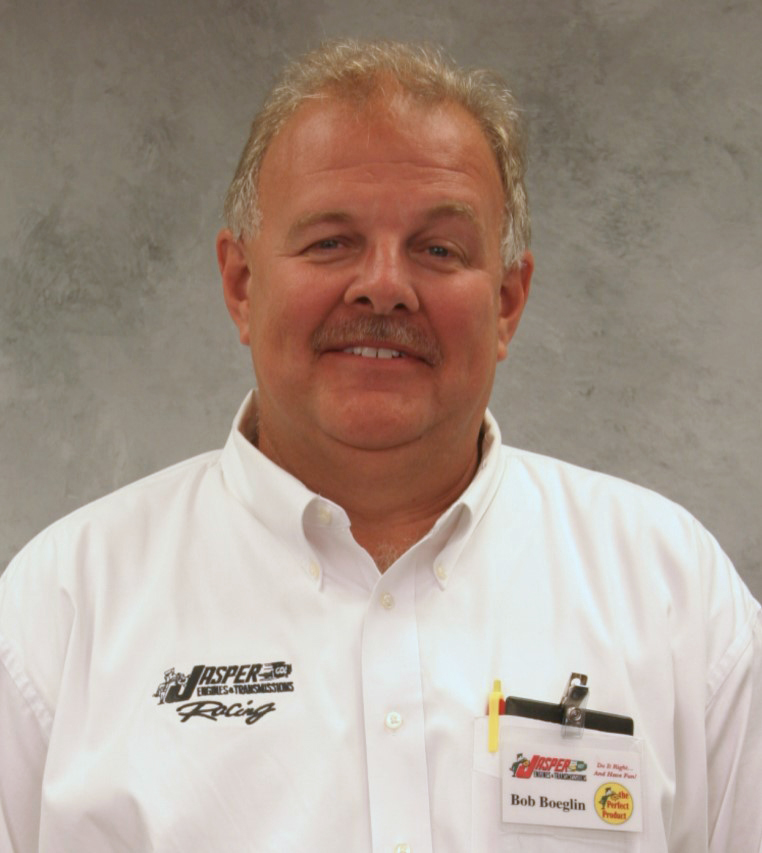 Jasper Engines & Transmissions mourns the loss of Robert G. “Bob” Boeglin of Santa Claus, Indiana.  Bob passed away suddenly the morning of Tuesday, July 6, 2021, at his home.  He was 68 years of age. Bob was born in Huntingburg, Indiana, on August 2, 1952.  He married Deborah Cannon on September 23, 1978, in Illinois.

Bob was a retired JASPER® Associate after 42 years of service to the company.  He initially served as Chicago Branch Manager for several years until returning to Jasper, Indiana, as a Regional Vice President.  Bob then founded, and led, our National Account program.

“In the beginning, he was a one-man band, traveling across the country prospecting and building that business,” said JASPER Chairman/CEO Doug Bawel.  “Bob was one who forged great friendships with his customers which continued into his retirement.”

“Bob started JASPER’s National Account program in the mid 90’s and grew it substantially until his retirement,” said JASPER President Zach Bawel.  “He developed programs with most package delivery and utility companies, airlines and other large fleets during his leadership.  Bob loved life and lived it to the fullest.”