JASPER® Engine Still Running Strong After 43 Years Under the Hood 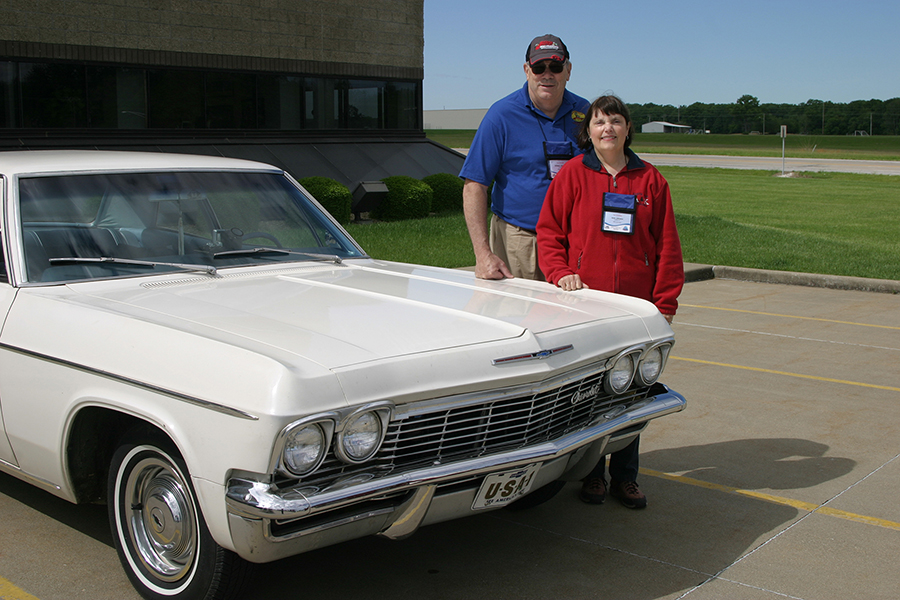 Bill and Jane Johnson during a recent visit at JASPER's headquarters.

Bill Johnson, Jr. of Lexington, Kentucky, bought a remanufactured JASPER engine in the fall of 1974 for his 1965 Chevy Belair. The 230ci ‘Turbo-Thrift’ inline six-cylinder continues to deliver mile after mile performance, totaling approximately 120,000 miles, 43 years after its installation.

Bill, and his wife, Jane, were at Jasper Engines & Transmissions May 2nd for a walk-through tour of the Wernsing Road facility. Johnson is a member of the Vintage Motor Car Club of America. The group was participating in the first leg of a “Lewis & Clark” tour between New Albany, Indiana, and St. Louis, Missouri when they stopped at JASPER.

Johnson’s mother purchased the car new in 1965 for $2,600.00, and gave the car to her son during his sophomore year in college. Originally a daily driver, the Belair is now considered a ‘Hobby Car’. Johnson drives the car on antique car tours across the country. It’s most recent trips include the summits of Mt. Evans, the highest paved road on the North American continent, and Pikes Peak, both in Colorado. “It’s been driven down to the southern end of US 1 (Key West, Florida), Times Square and Cape Cod.”

“It’s been a flawless engine that’s still getting us down the road. I would buy another JASPER product in a heartbeat,” Johnson said.