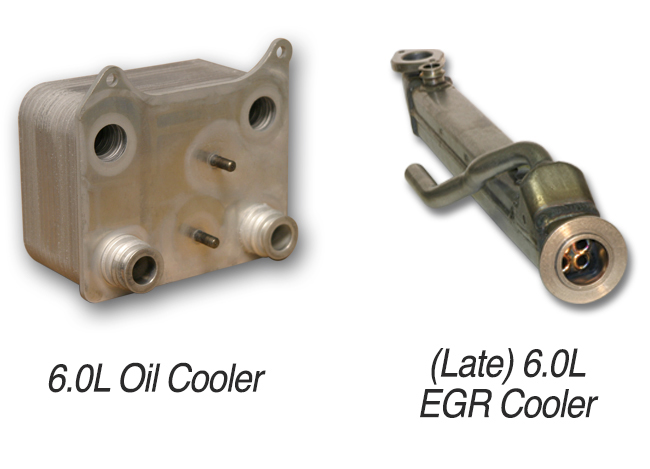 Jasper Engines & Transmissions is pleased to announce the availability of Ford 6.0L EGR and Oil Coolers for over-the-counter sales. Typically, these two components are the root cause for the failure of each other due to heat.

The 6.0 EGR cooler utilizes an updated tube style, compared to the original fin design of cooler. “The new tube design reduces the chance of becoming restricted and increases the cooling and the life of the EGR cooler,” added Boeglin.

Typically, the root cause of an EGR cooler failure is the oil cooler becoming restricted. Therefore, JASPER highly recommends replacing both coolers at the same time.